B.K.S. Iyengar (1918 – 2014) was one of the most important yoga teachers of the 20th century and one of the key figures responsible for popularising yoga practice in the West. His methods are widely practiced throughout the world and millions of people’s lives have been positively affected by his teachings. 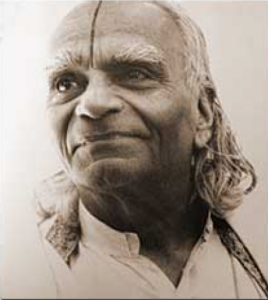 Iyengar was born in 1918 in the village of Bellur in the Indian state of Karnataka. His early life was scarred by serious illness including malaria and tuberculosis. At the age of 15 he moved to the city of Mysore where he lived with his sister and her husband, the yogi Sri T. Krishnamacharya. This eccentric yoga teacher and Sanskrit scholar introduced Iyengar to yoga asana practice to improve his health.

After only a few years Krishnamacharya sent him to Pune to teach. This really was a case of ‘in at the deep end’ and, with little theoretical knowledge and students who were initially more able than him, he embarked on a course of intense practice, often causing himself severe pain by doing things incorrectly. Through this trial and error approach he started to gain a profound understanding of the asanas. This was a time when, even in India, yoga was little understood or respected, and he struggled financially, surviving on only water, bread and yoga for long periods of time. 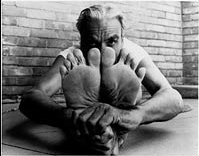 In 1943 Iyengar married and started a family. It was his wife, Ramamani, who initially taught their children yoga. They were a devoted couple and, when he opened up his yoga centre in Pune in 1975, he named it after his recently departed wife.

Gradually Iyengar’s reputation as a teacher grew, and in 1952 he met the famous violinist Yehudi Menuhin, who was to remain a pupil of his all his life. Menuhin was the one who first brought him to the west, arranging trips to Europe and bringing him in contact with a wide range of people and nationalities. His reputation grew and grew, but the event that particularly established him was the publication, and subsequent success, of his 1966 publication ‘Light on Yoga’. This continues to be probably the most important modern book on yoga. Iyengar is a prolific writer and has written many other important books on the subject. 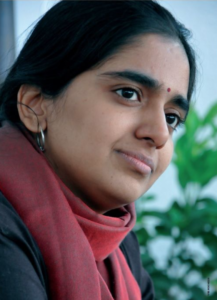 BKS Iyengar  passed away on 20.08.2014 in Pune, at the age of 95. His legacy continues through his family, especially his son Prashant and his granddaughter Abhijata. Iyengar Yoga is one of the most popular forms of yoga in the world today.

In 2004 Iyengar was named as one of Time Magazine’s 100 most influential people.

Yoga, an ancient but perfect science, deals with the evolution of humanity. This evolution includes all aspects of one’s being, from bodily health to self-realization. Yoga means union – the union of body with consciousness and consciousness with the soul. Yoga cultivates the ways of maintaining a balanced attitude in day-to-day life and endows skill in the performance of one’s actions.
~B.K.S. Iyengar, Astadala Yogamala